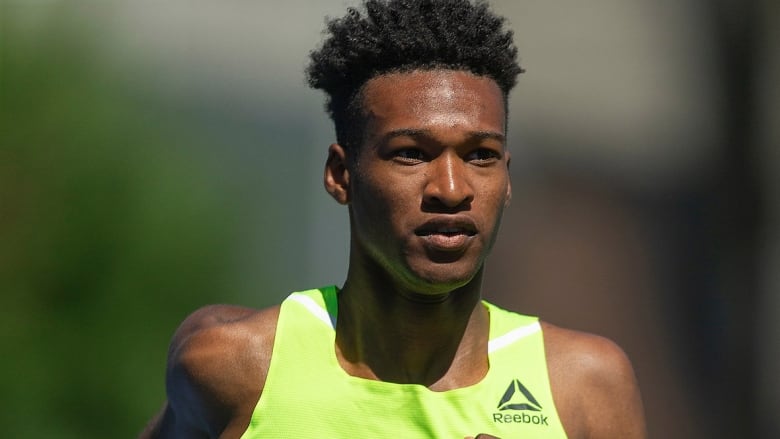 Canada’s Justyn Knight, a star distance runner at Syracuse University, has turned professional and signed a long-term contract with the newly formed Reebok Boston Track Club. The 22-year-old won two NCAA Division I titles this year and three overall in his four years with the Orange. (Submitted by Geoff Robins/Reebok)

​Justyn Knight could hardly contain his excitement upon returning to Syracuse University after a top-10 debut at the world track and field championships last August.

“I was like, ‘Coach, would you ever want to work with me as a pro? That would be so cool, travelling overseas and going to London. That could be our life,'” says Knight, the Canadian distance runner who finished ninth in the men’s 5,000 metres at London Stadium. “He said, ‘I know you’re really excited but don’t forget you have three more seasons left in college [cross-country, indoors and outdoors in your senior year].

“Focus on that and we can always talk about the future.”